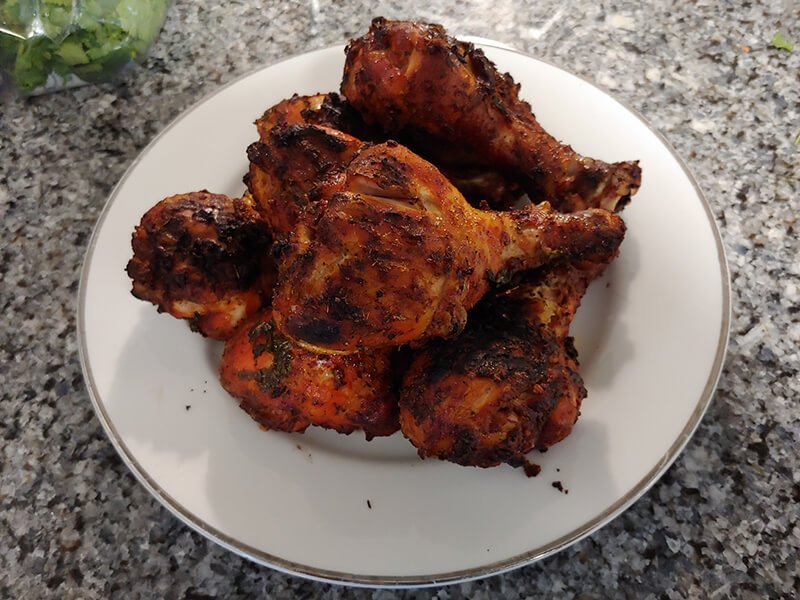 I’ve been fumbling around today for a topic for today’s blog. There’s just been a lot on my mind, frankly, and I felt a little muddled regarding a topic. So, I thought, maybe, I would share a recipe I recently learned and made for the second time with stunning success.

As I’ve written before, while I’m not 100% committed to a Paleo / Whole30 diet, I do try to stay away from packaged goods. While being part of Third Way Man’s inaugural Body of a Warrior – a 90-day fitness challenge which is somewhat tribe-based with a group of guys from around the country – I dedicated myself to eating only single-ingredient foods. That is, eating nothing that came pre-mixed in a container. We could combine ingredients, but we should try to eat only those items which were found in the produce and meat aisles plus individual seasonings.

I really had to learn how to cook. I turned to blogs about Paleo and Whole30 eating. My wife was supportive and often set aside proteins or other ingredients so I could prepare them myself.

Fast forward to Father’s Day 2022. My wife’s family was over at our house for a barbecue. My new next-door neighbor had a similar plan. My sister-in-law and mother-in-law brought all sorts of meat including shish kebabs (pork, beef, and chicken) and arrechera (hanger steak). While I was outside barbecuing up a storm, my neighbor came by and offered me some chicken drumsticks he cooked on his charcoal grill. They were absolutely delicious, and I recall from my childhood going to one of our Hispanic neighbor’s homes and eating drumsticks which were exactly that shade of red with that flavor profile.

I had to learn what it was!

So, after some Internet research, I discovered that what I ate was pollo asado – grilled chicken. I found several recipes, and then did a riff on one of them. So, here is the recipe I have successfully executed twice with stellar success

Get your charcoal grill started. I use a traditional Weber kettle-style grill. Open the bottom vent. Start the coals using a charcoal starter chimney. Once they are ashed over (usually about 15-20 minutes), carefully pour the coals into half of the grill. Place the grate (cooking surface) on the grill.

Once cooked to temperature of 165-degree Fahrenheit, remove to a plate and let rest 2-5 minutes. Serve and enjoy with your favorite side dish.